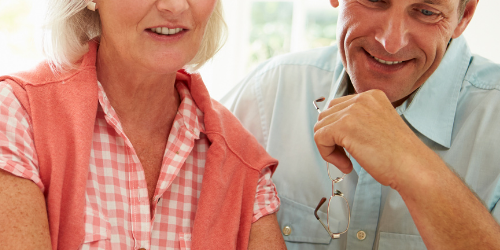 Research has shown a link between ulcerative colitis and an increased risk of colon cancer. If you suffer from this inflammatory bowel disease regular screening is recommended to monitor for polyps in the colon which can become cancerous over time.

Ulcerative colitis is caused by chronic inflammation of the lining of the colon. Inflammation in the body is supposed to be a short-term response to infection or another irritant. It plays a critical role in eliminating the infection, however, if it persists, inflammation can contribute to a range of health conditions from cardiovascular disease to cancer.

A study by Dr Kebin Liu at Augusta University’s Georgia Cancer Center and the Medical College of Georgia set out to establish how chronic inflammation of the large intestine increases the risk of colon cancer.

Its results, published in the journal Cell Reports, found that mechanisms designed to protect the body instead start to cause harm and “turn off” other mechanisms that normally help to protect against cancer.

Researchers discovered that chronic inflammation caused by ulcerative colitis leads to high levels of myeloid-derived suppressor cells (MDSCs) which accumulate in the colon. This results in higher levels of IL-10, which is a cytokine that is known to suppress inflammation.

At these high levels, however, IL-10 starts to activate a protein called STAT3 which, in turn, increases the expression of two genes – DNMT1 and DNMT3b – within the colon. This causes a change in the DNA and “switches off” a tumour suppressor called interferon regulator factor 8 (IRF8).

In other words, high levels of IL-10, which should help to suppress inflammation in the body, can actually promote colon cancer. At high levels, instead of suppressing inflammation, IL-10 begins to suppress IRF8, which is the body’s tumour suppressor. IRF8 helps to regulate gene activity and plays a key role in the differentiation of red blood cells. It is present in the epithelial cells that line the colon.

In most healthy people, MDSCs exist at low levels and help to protect the body from invaders. However, if they become over-stimulated so they are constantly present in the body, MDSCs suppress the immune system instead of producing immune cells.

What is ulcerative colitis?

Ulcerative colitis is an inflammatory bowel disease that occurs when the lining of the colon becomes chronically inflamed.

This results in an increase in the number of immune cells which begin to attack food and commensal bacteria. It causes a range of unpleasant symptoms including diarrhoea, abdominal pain and blood in the poo. Sufferers may also have low energy and appetite and lose weight.

Regular cancer screening is recommended if you suspect ulcerative colitis

If you are experiencing any of the symptoms of ulcerative colitis it is important to get an expert diagnosis as the disease shares symptoms with other conditions such as irritable bowel syndrome.

If you are diagnosed with ulcerative colitis you will need regular screening to monitor for the early signs of colon cancer.

Private screening with the GI Doctors can be arranged at one of our locations at a time to suit you and will provide peace of mind.