You are here:
Bowel CancerGeneral News 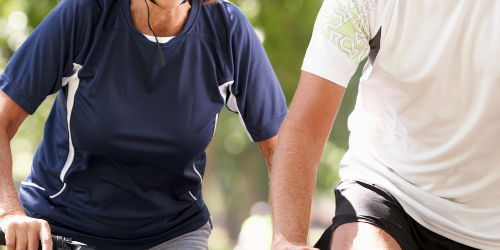 A blue dye tablet given to patients before they have a colonoscopy could boost the chances of finding bowel cancer in its earliest stages, according to new research.

A study led by Dr Alessandro Repici, professor of gastroenterology and director of endoscopy at Humanitas University Medical School in Milan found that oral delayed-release methylene blue tablets given to patients before a colonoscopy helped to increase detection of polyps in the colon by more than 9 per cent.

The dye, given in the form of a tablet that patients swallowed alongside the normal colon cleansing preparations, made the polyps, known as adenomas, easier to identify.

This was particularly noticeable with harder-to-see polyps, which can be less than 5mm in size and flat so they blend in with the lining of the colon.

The author of the study said this finding has “great implications” in early detection and prevention of bowel cancer. The findings were presented at the annual Digestive Disease Week meeting in Washington DC in June 2018.

In the past, some radiologists have tried spraying blue dye into the colon using a catheter but this was the first time that the dye has been given in the form of a tablet.

Why identifying polyps is vital

Colonoscopy remains the most effective way of detecting growths in the bowel known as polyps or adenomas. It is important to identify and remove such growths because, over time, they can develop into bowel cancer.

More than 16,000 people die from bowel cancer in the UK every year making it the second biggest cancer killer. Yet bowel cancer is treatable and curable if it is caught early. Estimates suggest nine out of 10 people will survive the disease if it is diagnosed at its earliest stage.

Screening for cancer is one of the ways of detecting bowel cancer early on, even before there may be any symptoms. In England and Wales NHS patients over the age of 60 are invited to participate in faecal immunochemical test (FIT) screening. In Scotland, this screening is offered to every patient over the age of 50.

FIT is a home test that patients send off to the laboratory. It can pick up traces of blood in the stools, which may indicate the presence of polyps. Patients who test positive for blood are referred for more detailed investigation using a colonoscopy or sigmoidoscopy.

Unfortunately, NHS screening is overstretched and there can be some delays.

For this reason, growing numbers of people are choosing to undergo private colonoscopy screening to put their minds at rest.

If you are over 50, or any age and have a history of bowel cancer or bowel polyps in your family, and want to take a preventative approach to your healthcare, a colonoscopy is the most thorough test for diagnosing colorectal cancers.

GI Doctors offer private colonoscopy testing in the comfort of one of our London practices.

I’ve got bloody stools. Does this mean I have cancer?
July 26, 2021
5 ways to reduce bloating
November 6, 2020
Recent Articles
Recent Comments
Go to Top
We use cookies on our website to give you the most relevant experience by remembering your preferences and repeat visits. By clicking “Accept All”, you consent to the use of ALL the cookies. However, you may visit "Cookie Settings" to provide a controlled consent.
Cookie SettingsAccept All
Manage consent