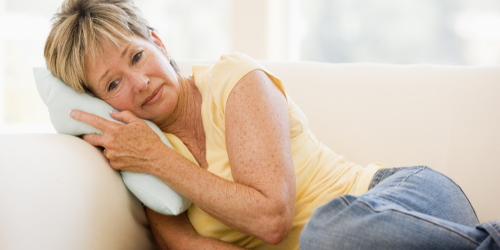 Around 10 million people across the world live with Inflammatory Bowel Disease (IBD). Fifty countries across five continents now take part in World IBD Day (May 19) to raise awareness of this life-changing disease. There is no cure for IBD and we are not even certain of the cause. Unless you have the condition it can be difficult to understand the pain and discomfort that it can cause and the impact it can have on normal everyday life.

More and more people are being affected, particularly young people. Estimates suggest that someone is diagnosed with a form of IBD every 30 minutes in the UK.

There are around 300,000 people diagnosed with the disease in this country but the actual number of sufferers is believed to be higher. One in four of newly diagnosed cases are people under the age of 16.

What is Inflammatory Bowel Disease?

Ulcerative colitis causes ulceration and inflammation of the colon and rectum. Crohn’s disease can affect any part of the digestive system, causing inflammation in every layer of the bowel.

Scientists do not fully understand what causes IBD. They believe that the possible causes might include:

IBD is sometimes called an invisible illness. It is thought that many people with the condition are undiagnosed and suffer in silence. People may feel embarrassed to talk to their GP about it and may even hide it from family and friends. The disease is linked to stigma, fear and increasing isolation.

Treatment for Ulcerative Colitis and Crohn’s Disease depends on the severity of symptoms and which part of the gut is affected.

Initially, people with the condition may be given drugs to reduce inflammation and reduce symptoms. These include steroids, 5ASAs, immunosuppresants and biological drugs. Once the condition is under control, different drugs will be prescribed to maintain the remission of symptoms. For example you may be given anti-diarrhoea drugs and bulking agents.

In some cases, people with IBD need surgery. Among the surgical procedures sometimes offered are:

These days many surgical procedures can be performed laparascopically, which is also known as keyhole surgery.

This type of surgery is less invasive and patients have quicker recovery times, less pain after the operation and smaller scars. Time spent in hospital is shorter and there is a reduced risk of wound infection or hernia.

Smoking and its Impact on IBS and IBD
May 31, 2021
Recent Articles
Recent Comments
Go to Top
We use cookies on our website to give you the most relevant experience by remembering your preferences and repeat visits. By clicking “Accept All”, you consent to the use of ALL the cookies. However, you may visit "Cookie Settings" to provide a controlled consent.
Cookie SettingsAccept All
Manage consent